For someone that lives to ride the trails and back roads, snow can be a real problem. You might have noticed from some of my more recent posts, that I have been riding my gravel bikes on the pave. There are two reasons for this. First, I wanted to hit some longer hills and by this time of year, I’m usually able to get out on the road bike enough to satisfy the urge to climb. Second, I’d rather ride a heavier bike that’s used to getting covered in all sorts of debris and muck.

That said, last week, we got hit with 25-30 inches of snow. With the wind drifts and plow trucks piling it up, visibility around turns has been pretty minimal. Sunday, Monday and Tuesday, the temperatures were forecast to hit above 45 degrees. I made it my business to ride at least twice before Wednesday’s cold snap comes in.

On Sunday, I left Action Bikes and Outdoor and decided to climb Foster Hill to the dude ranch, descended and climbed up Skyline Drive around the cell tower and back down. You feel every fiber of muscle working, pulling up a beefy steel bike with 29X2.1 knobby tires. It’s just the opposite on the descent. The weight of a well made steel bike, grounds you and gives you a ton of confidence while barreling down from one of the highest points of elevation in the area. 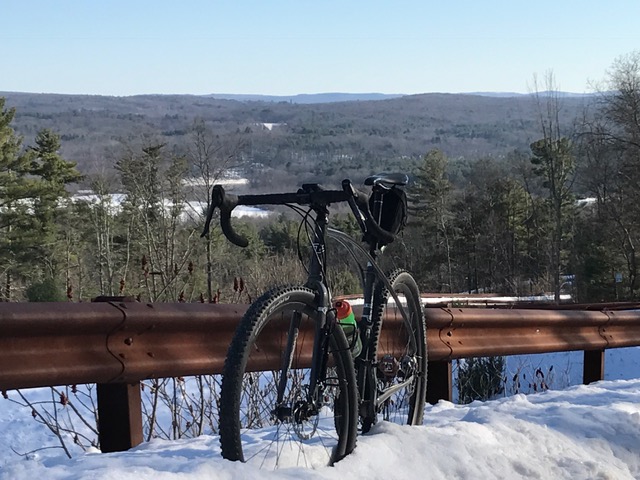 On Tuesday, I did another road ride on the Van Dessel WTF, but this time, from Dingmans Falls. I left the parking area and headed directly uphill on Rt. 739, a road that goes skyward immediately. After 4 miles, you gain more than 800 feet of elevation. That hill would probably get included in a lot of rides, be it not for the lack of shoulder. 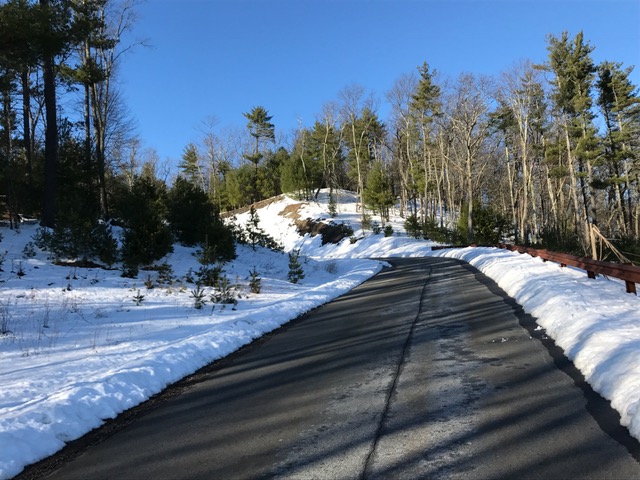 A right on Milford Road, sends you on a roller coaster ride for a few miles, before dropping quickly into Milford. After navigating the only traffic light in town, Rt. 209 winds its way along the Delaware River, all the way back to Dingmans Falls. You know, the snow can be quite beautiful when the sun shines, even if you only have a slight path to ride. 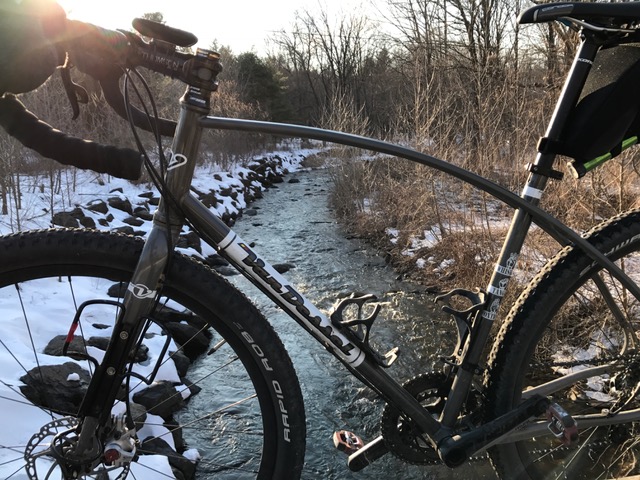 What’s Playing (what am I listening to while writing or what’s dancing around in my head while riding) Today – The Ozark Mountain Daredevils – Jackie Blue.