When the days are short and the nights are long, the weather dictates when and where your outdoor activities take place. Two days before winter starts, and the temperature jumped from below freezing to 51 degrees. Having had two snowfalls already, I was fully prepared to break out the snow shoes.

With Hanukkah over today and Christmas, Kwanza and Festivus right around the corner, family obligations and holiday preparations take center stage when not at work. 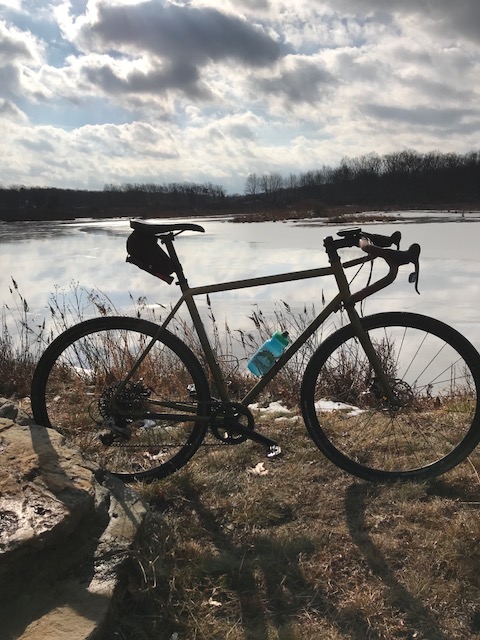 But, since this is a cycling blog, you know I found a window to get outside and pedal. I attempted to roll into the Delaware State Forest, but with little sunshine in the woods, the roads were still pretty iced over. So, I simply hit every back road in my community that I could find.

It looks like the weather will stay somewhat warm throughout the weekend.  Before winter prevails, I hope to get a few more rides in.  Mtb, gravel or road doesn’t matter. What bike I ride is of little importance. I simply enjoy being able to ride this late in the year. I hope you get to ride as well.

Entertaining the notion that riding outdoors ends in the fall, is sort of giving in to Mother Nature. Well, that’s easy to say, when the temperatures in late November, early December are still in the 40’s. Anyway, I thought that it would be a good time to get in some road rides, mountain bike rides and gravel adventures.

I started on Tuesday with a commute to work. When I left my house, it was 19 degrees. I layered up and dealt with the wind. I was just happy to be on my bike. 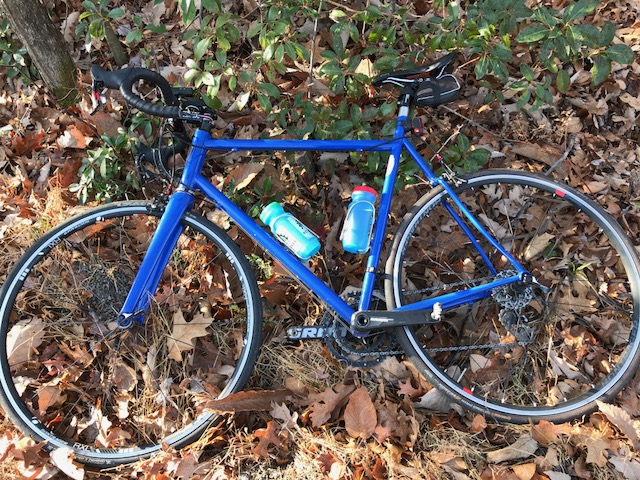 On Wednesday, I did a unique ride, mixing in some gravel, pavement, dirt and grass. It was 50 degrees and I took full advantage, riding in shorts and shortsleeves.  I rode up to Five Mile Meadow Road, grinded through the loose, new gravel until I heard the first gunshot. I thought I’d leave the hunters alone and head back into the community for an unauthorized spin through Seneca Lake Park.

I had a few extra hours on Thursday morning, so I looped around my community on the road bike, hitting every hill I could find.

On Friday, my son joined me for a mtb ride through the Watershed. Another 50 degree day, allowed us to dress down and enjoy a few hours of rocks, roots and beautiful singletrack. 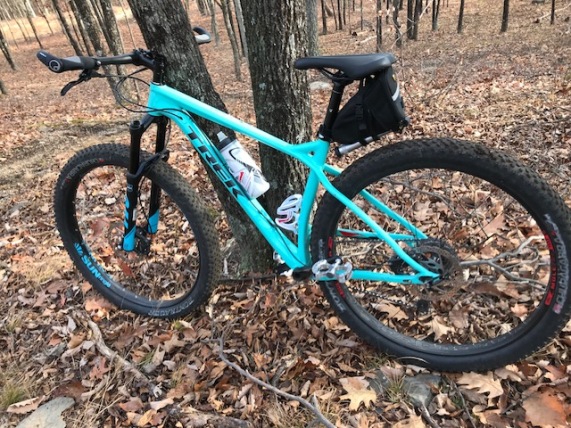 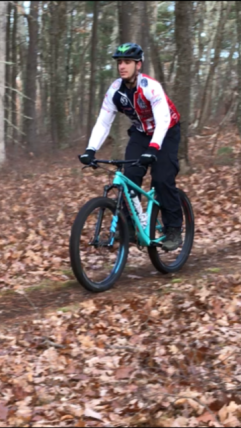 Saturday morning brought some gravel grinding through the Delaware State Forest with Andrew. This time, I opted for a mostly orange getup. Action Bikes and Outdoor, produces an orange jersey each year, making it easy to get out in the wild, during hunting season.

On Sunday evening, my son and I went back into the Delaware State Forest for a spin under the stars, powered by our Bontrager Ion 800 headlights. A full moon helped illuminate the woods. We took a couple of cool new roads that I’ll detail in a later post.

Monday morning was cold. 20 degrees at 6:30am. I grabbed a quick ride on gravel, dirt and grass. The hill I’ve been practicing my grass descents on, was covered with a thin layer of frost, making for a few slippery ups and downs. Easy to deal with, when the fog is burning off the lake at the top of he hill.

What’s Playing (what am I listening to while writing or what’s dancing around in my head while riding), Today – The Greg Kihn Band – The Breakup Song (1981)