Another last-minute ride before a storm system comes in. Hopefully, the last one of the season. If not, We’ll just have to ride it out until sunnier sky’s prevail.

On Thursday afternoon, I decided to climb Cummins Hill from the front side with a little trail diversion before descending to Mill Rift. Now, normally, I would ride into Matamoras and take Delaware Drive all the way up from the river and down to Mill Rift before climbing Bluestone Blvd and over Cummins Hill. 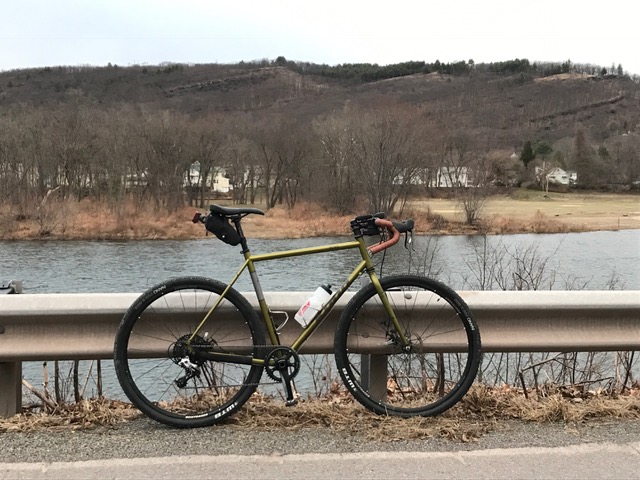 Starting from Action Bikes and Outdoor in the heart of Milford, I simply went the opposite way. The front side is far more difficult. The first climb took around 27 minutes. It can be pretty steep in sections. I took a small diversion on Lost Camp Trail. After a mile, I turned around, not wanting to get caught out in the woods again.You realize how far you climbed when you hit the downhill spin into Mill Rift. You roll through the quiet little river town, across the railroad tracks and begin to ascend. Delaware Drive is not quite as long as Cummins Hill, but every bit as steep. 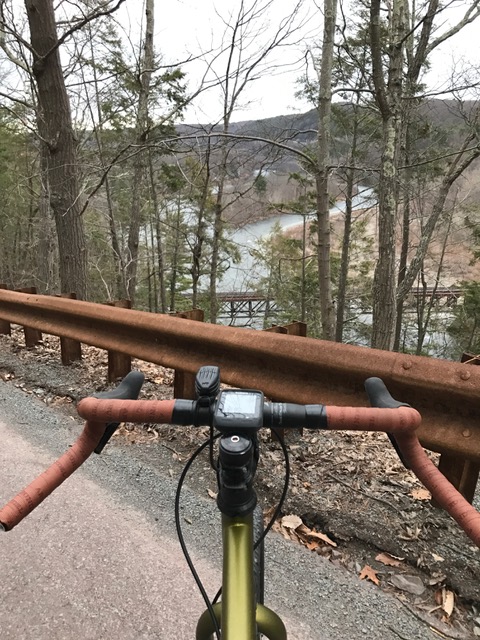 I reached the top and dropped quickly to the Delaware River. There are some really nice views of the river from the top of both climbs. I cut across Mountain Avenue, to avoid Matamoras and pedaled down Rt. 209 and back to the shop. Next week, I’ll review the Kona Rove Steel version.