The final day of the TDF is always bittersweet. I’m happy to get home and get back to my daily routine, but I’m also sad that it will be another year before I get to see all the awesome people that I have the privelage to be associated with for the last 15 years.

We started with a transport over to Liberty State Park in Jersey City. After a few wrenches were turned and photos were snapped, we were led out by a multitude of New Jersey Police agencies with a fantastic escort through Jersey City, Hoboken, Fort Lee and all the wonderful cities and towns along the Jersey side of the Hudson River. What came next was unusual. The Port Authority Police Department along with the Fort Lee Police Department and the NYPD, shut down the George Washington Bridge to escort us into the greatest city on the world. 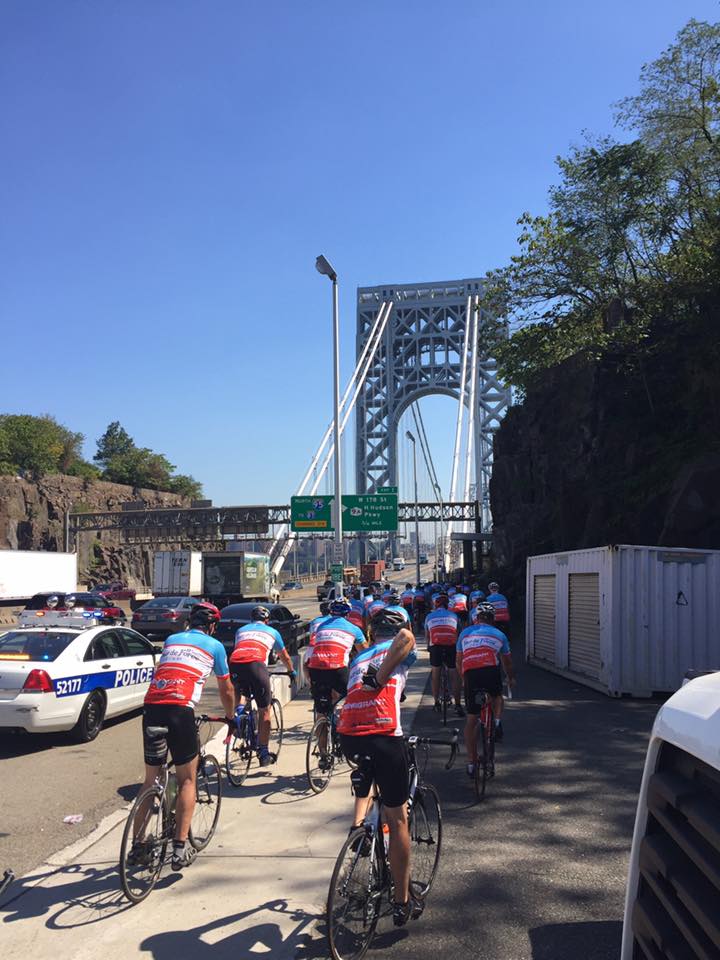 The riders were given the entire right lane of the bridge. Most charity tours are relegated to the bike path along side the bridge. We snaked into Manhattan and eventually onto Riverside Drive for a cool ride above the river and down the west side. We hit the Henry Hudson Parkway and again had a lane shut down for us. For 15 years, we have been treated well by our own department, but never to this extent. 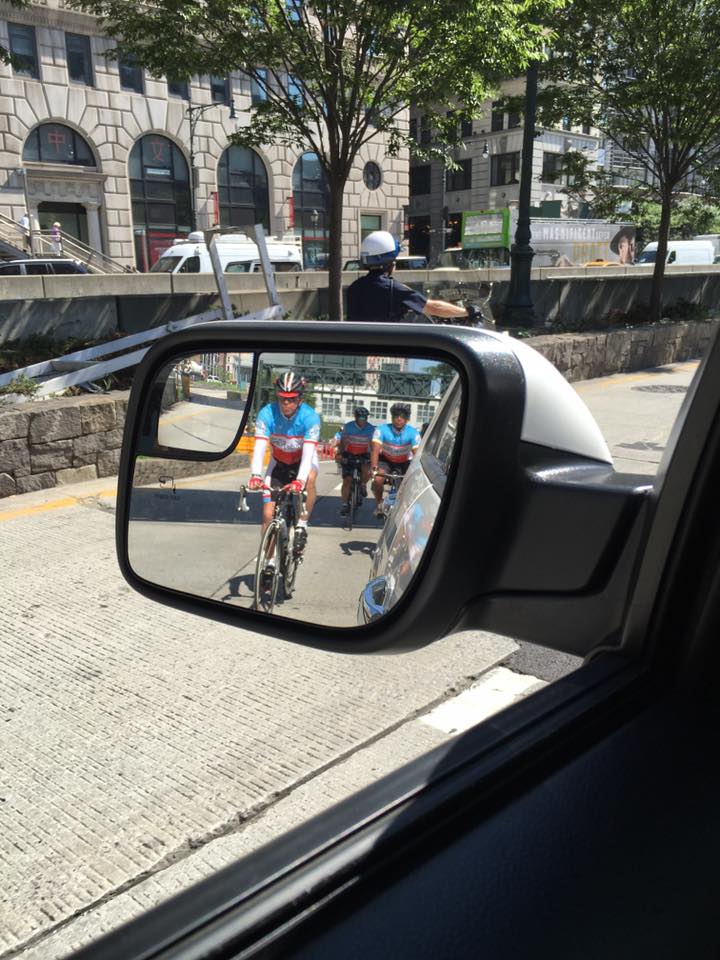 Dropping down to 12th Avenue, we were given free passage all the way to the Freedom Tower and the 9/11 Memorial. After a moment of silence to remember all victims of that horrible day, we pedaled over to Battery Park, where we were treated to a ceremony, honoring our efforts.

As the TDF came to a close, we said our goodbyes and expressed our hope to see everyone next year. Our year end meeting is in October, where we will vote on how all monies raised will be donated. We will also finalize our route for next year and immediately start planning for the 2017 event. You can check out what we do and how we do it by dropping by our web page at http://www.tourdeforceny.com. I leave you with yet, a few more photos: 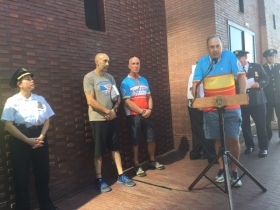