As I mentioned in my last post, I’m trying to get some projects done around the house as well as some fun bike builds that are long overdue, while I have extra time that is usually spent commuting or traveling for work. Being lucky enough to work from home, I can squeeze in a few weekly rides and I’m making progress on the honey do list.

To build up a Ritchey Breakaway frame that I was traveling with, I stripped the drivetrain, wheels and a few other bits from my Kona Honky Tonk. Being on the road for 3 out of every 4 weeks, I just did not have time to re-build the Tonk. I was always very fond of the way this bike, a 2012 model, accelerated, climbed and descended. 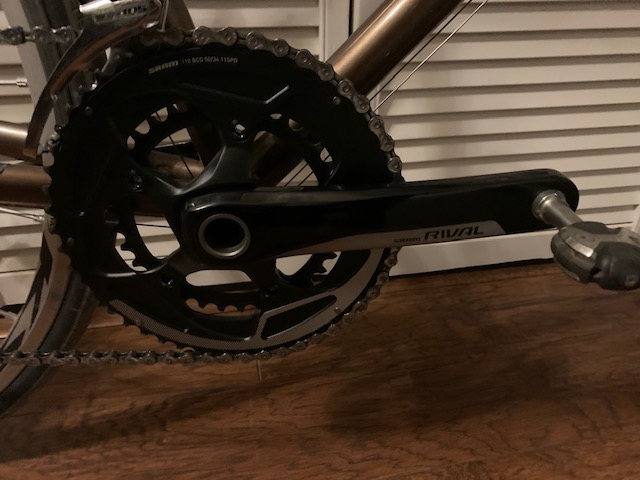 I decided to use a 16 year old 9 speed drivetrain. Shimano 105 shifters and front and rear derailleurs. Both the left shifter and front derailleur are for a triple chainring setup. I modified it for a double, compact crankset. I went with a new SRAM Rival 50/34 crank and a SRAM 970 11-32 cassette with a KMC 9 speed chain. The mix of parts worked out extremely well. 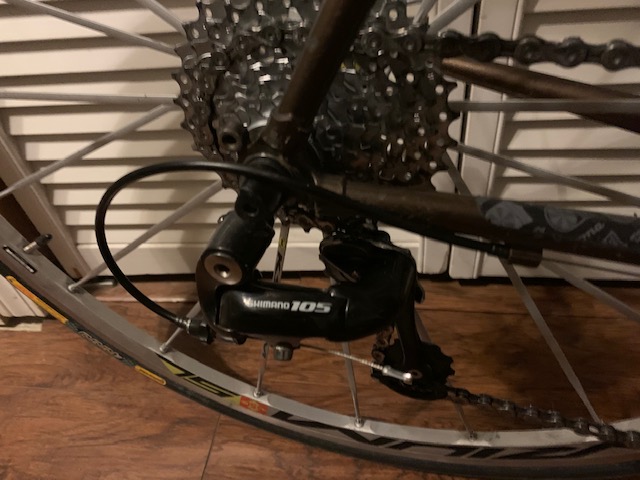 For the touch points, I went with a Brooks B17 Cambrium Saddle in tan. For now, black Cannondale bar tape, because that’s what I had in the garage. Some brown tape is in the works. Velo Orange Moderniste Stainless Steel bottle cages, Speedplay Zero Chromoly Pedals and an old Mavic Ksyrium SL Wheelset in silver, round out the build.

Here’s a few more pics of this 4130 Chromoly steel steed with a steel fork. 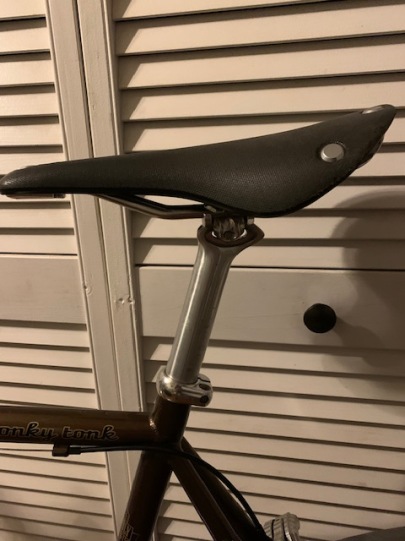